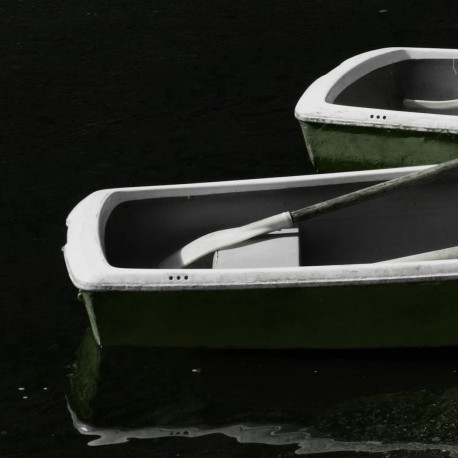 Second outing from Jaeger and O'Rourke following the release Wakes on Cerulean on Editions Mego in 2017. Covering a vast terrain with delicacy and poise this new release unveils a spectral showcase for all manner of deep abstraction. The first side positions itself somewhere between stoned komische synth and more nuanced electroacoustic tactics, all weighted by a melancholic undertow. The second side builds on the tension of the former as an undulating drone teases all variety of matter to rise and fall amongst the foreign space it inhabits. The effect creates an enormous sense of deep space before subsiding into a smaller more anxious flickering world. All manner of machines fold into play; digital machines, industrial and analogue machines. The seemingly random yet ordered nature of events is reminiscent of the behaviour of the natural world providing this machine driven release a convincing organic feel. Whether invoking mirrors, distant galaxies or a pond of frogs it is a delightful challenge to focus and locate what is nature and what is nurture. To play this loud is to immerse oneself in a fascinating journey which carries the listener through an array of dizzying emotional states.