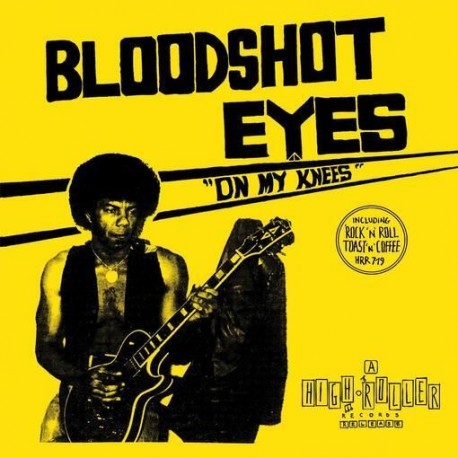 Once the band had gone their separate ways, Witter met up with drummer William Hayter and formed Bloodshot Eyes. This new outfit were in the studio by November 1983 and recorded five new songs. Sensing the potential for an album, Witter combined these recordings with a session Shader had put to tape in September 1982 and the result was 'On My Knees', an album issued under the Blooodshot Eyes' name and released on their own Flat Bee records in 1984. Extremely rare and highly collectable, 'On My Knees' has been missing in action for many years. This new release replicates the original LP, with new interviews with both Witter and Hayter together with rare and previously unseen photos and memorabilia.

Side A:
I Get Lonely
It's Raining Again
I'm On My Knees
Deep Down I Am Crying

Side B:
Burning Up For You
Lightning Man
Rock 'N' Roll - Toast 'N' Coffee
Losing Out On you