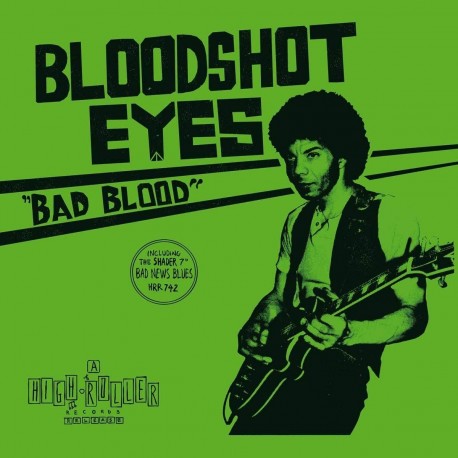 Bloodshot Eyes was the band guitarist / vocalist George Witter formed after his previous act Shader had hit the buffers with just one single to their name. He quickly formed Bloodshot Eyes, although this band too spilt up in 1984 with just one album 'On My Knees' to their name. This new release from High Roller Records contains all six cuts from that 1985 session, together with the two tracks from Shader's 'Bad News Blues' 7" and 1983 recordings of 'The Pimp' and 'Chasing Going Nowhere'. New interviews with both Witter and Hayter flesh out the story, together with rare and previously unseen photos and memorabilia.

Side A:
The Pimp
Foot On The Gas
Oh Gitl I'm Talking To You
Bad Blood
The Devil