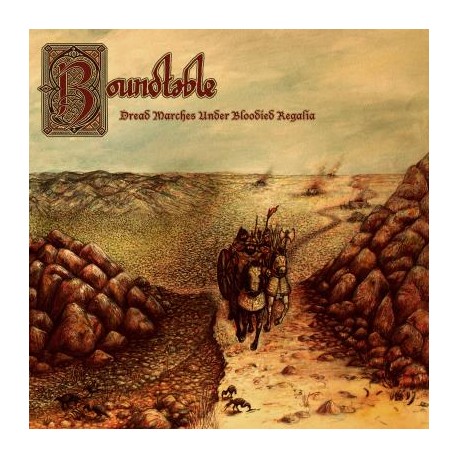 It is the Eighth Centile of the Third Epoch. The vast trading and banking empire of Ivoria expands beyond the confines of its northern continent, into the barren but mineral-rich lands of Hessia. A narcissistic and ambitious aristocrat, Lord Uthur, is tasked with overseeing their interests in the region. He discovers a land ripe for exploitation but segmented by warring factions with little interest in unification or the genteel sophistication of his culture. He strikes an uneasy allegiance with the strongest and most ruthless leader of them all, the nomadic warlord Kraal.

With the financial backing of the empire, Kraal ascends to a place of dominance within the region, winning the respect of his kind through one bloody conquest after another. In exchange for this support, Uthur is given full access to exploit the natural resources and the people of the land for the gain of the northern realm.

The relationship is initially profitable for both parties, however Kraal's appetite for chaos and violence - intensified rather than sated by his series of victories - eventually makes him a liability to the smooth operation of the colony. Uthur concludes that the time has come for the removal of his wild colleague, the installation of a more pliable local representative, and the transition to a more stable and materially productive society. He contracts an assassin, disguised as a messenger, to complete the deed far away during Kraal's conquests of the western hinterlands.

The attempt fails, and what follows is a quest for personal vengeance that sees the blood of thousands spilled across a continent in its realisationâ€¦

"Dread Marches Under Bloodied Regalia" is the debut album by Roundtable. It is a narrative concept album fusing the sensibility of 1970s American and European progressive rock with the weight and grimness of modern stoner, sludge and doom metal, alongside many other disparate influences.

It is a tribute to the many classic works of music, aesthetics and storytelling that inspired its creation, and an attempt to synthesise these influences into something new and vital, yet in a sense timeless.