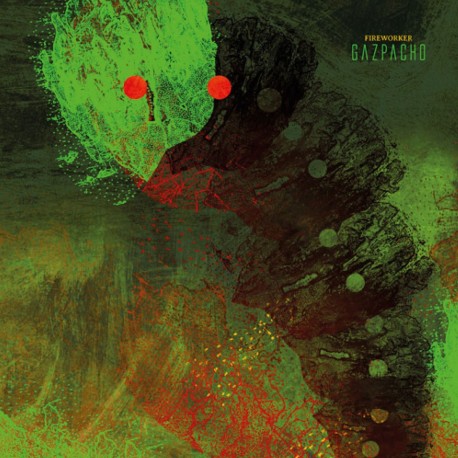 THE KINGS OF ATMOSPHERIC AND AFFECTIVE ROCK RETURN WITH NEW ALBUM FIREWORKER RELEASE DATE: 18TH SEPTEMBER 2020 2LP gatefold set with D-side etching. For nearly twenty years, Gazpacho have reigned as the kings of atmospheric and affective art rock. Their latest observation, Fireworker, is no exception. In fact, it's undoubtedly among their greatest achievements, as well as one of the most profound pieces of music you'll hear in 2020. Gazpacho's career has been full of great performances and glowing praise, they've played festivals such as Be Prog! My Friend, Night of the Prog, Midsummer Prog Festival, and Cruise to the Edge, where they delighted audiences alongside exceptional brethren like iamthemorning, Anathema, Pain of Salvation, Caligula's Horse, Riverside, The Neal Morse Band, and Steve Hackett. Conceptually, the album follows the band's tradition of blending grand philosophical quandaries, stimulating literary leanings, and haunting personal turmoil. In a way, it acts as the culmination of the themes and techniques that've decorated earlier collections, combining the fatalistic isolation of Night and Missa Atropos; the ill-fated narrative drama of Tick Tock and Soyuz; and the hefty theological/scientific contemplation of Demon and Molok. Beyond that, its central premise (that humanity has always been controlled by an infallible and omniscient creature determined to propagate at any cost) means that Fireworker comes across like the overarching umbrella under which all of its predecessors occur. Keyboardist Thomas Andersen elucidates: "There's an instinctual part of you that lives inside your mind, separate from your consciousness. I call it the 'Fireworker' or the 'Lizard' or the 'Space Cowboy.' It's an eternal and unbroken life-force that's survived every generation, with a new version in each of us" Gazpacho are planning to play the album in its entirety via a live-stream this summer, alongside a Q&A about the concept and a few oldies. In the meantime, they suggest, you should internalize the record as much as possible in order to eventually "research your own 'Space Cowboy.'"

Side A:
Space Cowboy

Side B:
Hourglass
Fireworker
Antique