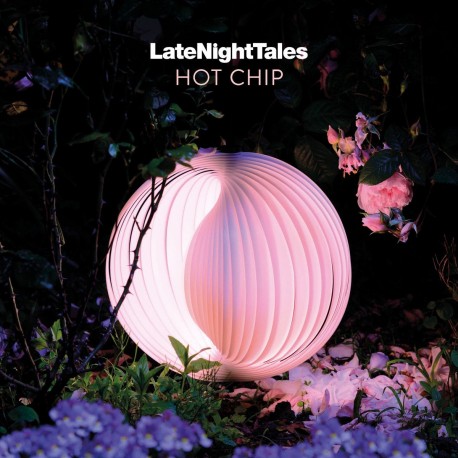 Pressed on double 180 gram virgin vinyl. Includes 30cm art print. Including download codes for the Hot Chip mix and full unmixed tracks as MP3 / FLAC / WAV. UK electronic art-pop outfit Hot Chip provide the perfect antidote to these strange and uncertain times with the latest release in the hugely popular Late Night Tales artist-curated series. Along with featuring new music from the band, they have selected music from some of the most engaging artists of the 21st century, taking in pulsating electronic rhythms, hypnotic grooves and leftfield ambience. Spearheaded by founders Alexis Taylor and Joe Goddard, Hot Chip are one of the UK's most interesting and much-loved acts. Since releasing their debut album 'Coming On Strong' in 2004, they have received a Grammy Award nomination ('Ready for the Floor') and Mercury Prize nomination ('The Warning') and their seventh studio album, last year's 'A Bath Full of Ecstasy,' received rave reviews across the globe from both critics and fans. A unique, personal collection that is both euphoric and melancholic.

Side A:
Christina Vantzou At Dawn
Hot Chip Nothing's Changed
Rhythm & Sound King In My Empire
Pale Blue Have You Passed Through This Night

Side B:
Suzanne Kraft Femme Cosmic
Fever Ray To The Moon And Back
PlanningToRock Much To Touch
Charlotte AdigÃ©ry 1,618

Side C:
Mike Salta Hey Moloko
Matthew Bourne Somewhere I Have Never Travelled (For Coral Evans)
Hot Chip Candy Says
Kaitlyn Aurelia Smith Who I Am And Why Am I Where I Am
Beatrice Dillon Workaround Two