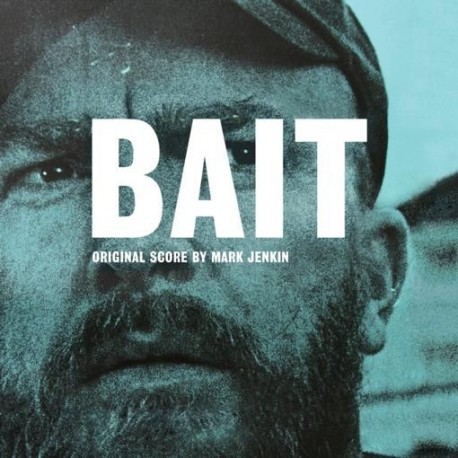 Invada Records are thrilled to announce the release of Mark Jenkin's drone heavy score to UK Film "Bait"! Mark Jenkin amazingly directed, edited and composed the score himself for the resolutely DIY yet hugely successful film. "Bait" has since received four British Independent Film Awards nominations for Best Indie Film, Best Director, Breakthrough Producer and Best Editing, and is one of the highest grossing and most successful indie films of 2019! The score is pressed on blue vinyl, and comes housed in an extra thick deluxe spined sleeve with double sided heavyweight card printed insert, featuring stills from the film. There is also a digital download card included. Jenkin: "I started playing around with some drone ideas as a distraction from the editing of the film; something to take my mind off the cutting," he says, "I was experimenting with delays and reverbs and decay and I began to feel that there was a nautical theme to the sounds that I was making." "An original drone was created very separate to the film but then I realised it might work as a score. From there I created a set of about 12 drones (eight of which are on the album) which were mostly variations on a theme and I began to place them in the edit to match the score. The drones work very well with the sounds of the sea, which is pretty much omni-present throughout the film and makes it easier to embed a drone without it being a big 'musical' statement."

Side B:
P.L.C.
Another Tuss
You Go Home Now
Polmeor Falling