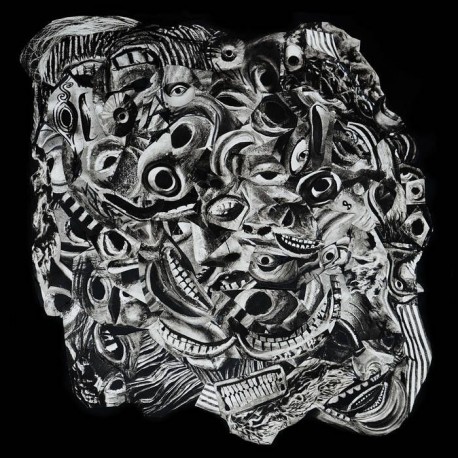 With a requisite crackle, hum and drone, you're fixed to slide into the disrupture in stereo that is guitarist Bill Nace and- well, THIS is a nice surprise-Bill's got his own record out this time! Sweet-in the past 15 years or so, Bill's been a trusty improv partner to so many: Steve Baczkowski, Chris Corsano, Paul Flaherty, Greg Kelly, James Twig Harper, Samara Lubelski and Thurston Moore, plus Body/Head, to name but a handful. Bill's appeared on probably more than 50 albums-but other than a few solo cassettes way back in the day, Both is his actual solo LP debut. It's been a long time coming, and just like we hoped, with the Nace approach to electric guitar waxing front and center, sound and countersound, it's a blast.