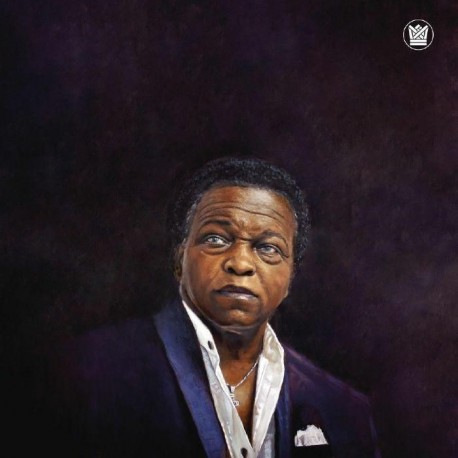 We are always sitting on a handful of unreleased songs that didn't make their way to albums. Listening back to these gems we decided to launch a new series entitled Big Crown Vaults and the first volume features the music of Lee Fields & the Expressions. These tunes were cut during the Special Night & It Rains Love sessions. Listening to these tracks you can imagine how difficult some of these decisions were in the first place to leave them off the albums. An absolute standout is "Regenerate," a song that finds Lee in the country soul realm, a style that Mr Fields, a North Carolina native, flourishes in. A drum break starts the song and then drops into a chorus where El Michels, Paul & Big Bill Schalda belt out the earworm chorus. Lee sings an encouraging tune about finding your way out of a low point in a relationship while The Expressions lay down an airtight groove. "Thinking About You" takes it back to the dance floors with what will surely be a hit at Soul parties around the globe. An uptempo drum break opens the song and Lee launches into a tale about the unbreakable bond with his significant other and how they keep each strong through moments of hardship and pain. People who have seen Lee perform live in the last decade might have been lucky enough to hear his rendition of Little Carl Carlton's "Two Timer". For those of you who haven't heard it, Big Crown Vaults has got you covered. A faithful version of the song showcases Lee's gorgeous voice and the Expression's unwavering groove. Another treat on here is the fuzzed out funk banger "Do You Know" where Fields uses his platform to address some of our societal woes in a "Make The World" style. A deeper from the vaults number is "Out To Get You", an instrumental that Lee never laid down vocals to. Even as just a rhythm track it stands as a testament to The Expressions musical prowess, the band that created 5 studio albums with Lee Fields which will go down in history as stone classics.

Side A:
Two Timer
Regenerate
Do You Know?
Time
Thinking About You
Don't Give Up