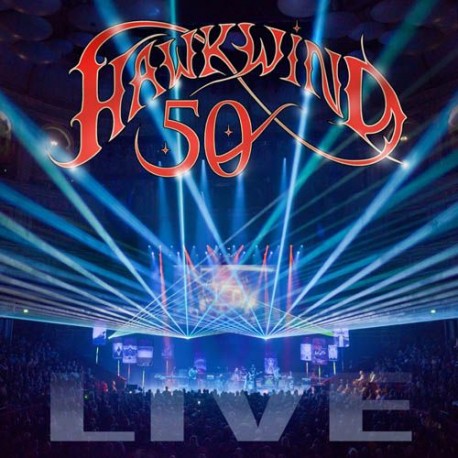 A new, limited edition triple LP, featuring a selection of live tracks from Hawkwind. The tracks included were all recorded live during the band's 50th anniversary year. Featuring live versions of Hawkwind classics such as 'Spirit Of The Age', 'The Watcher', 'Silver Machine' and 'Hurry On Sundown'. It also features later favourites such as 'Flesh Fondue', '65 Million Years Ago' and 'The Fantasy Of Faldum'.This live album is a testament to Hawkwind's incredible career, amazing music and enduring popularity. This live album follows October's new Hawkwind Light Orchestra Album Ã» Carnivorous

Side A:
Motorway City
Flesh Fondue
Last Man On Earth

Side B:
Space Is Dark
Born To Go
65 Million Years Ago
In The Beginning

Side C:
Spirit Of The Age
The Fantasy Of Faladum

Side E:
The Right To Decide
Accolade
Hurry On Sundown

Side F:
Master Of The Universe
Welcome To The Future