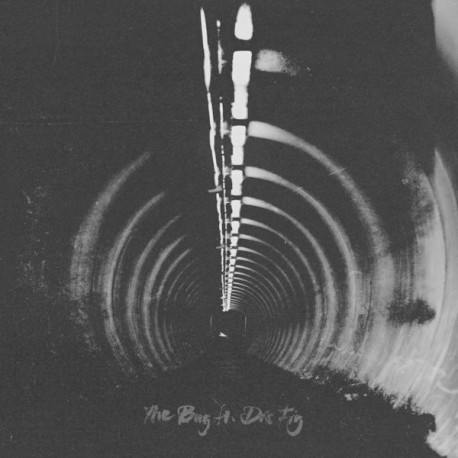 The Bug - In Blue

The Bug aka Kevin Martin, and producer/vocalist Dis Fig aka Felicia Chen, refer to their style on 'In Blue' as "Tunnel Sound"; a foggy, melancholic meltdown of narco-dancehall-soul and dread-drenched, electronic dub. The 2018 prototype rhythms for this album were a continuation of Martin's ongoing quest for a futuristic dancehall mutation, but more sci-fi, aquatic and smokey than before. An obsessive search for the right sultry 2AM voice to ride his syncopated walls of sub, fuzzed out white noise and infinite echoes eventually led him to Dis Fig's torched soul-jazz glow, and 20 months of subsequent lab exchanges have resulted in the deeply sensual pulsations and lyrical long shadows of 'In Blue' - an album that shares shades of King Midas Sound's wrecked lovers rock, alongside the bass immersion that The Bug has become infamously known for. Just as Martin took a stylistic swerve on 'In Blue', so did Chen. Previously known for experimental noise onslaughts and emotional exorcisms, she opts here for threatening intimacy and hushed confessionals, concentrating on bittersweet vocals and seductive surprises that are all the more potent for their inferred narratives and delicate delivery. Mixed during lockdown, the sense of claustrofear, escapism and tension throughout is palpable. With the bewitching croon of Dis Fig directing the flow, carnality and violence merge under the turbulent, cinematic surface of an hypnotically addictive album.

Side A:
Around Me
Come
Destroy Me

Side B:
Blood
In 2 U
Levitating

Side D:
No Return
You
End In Blue