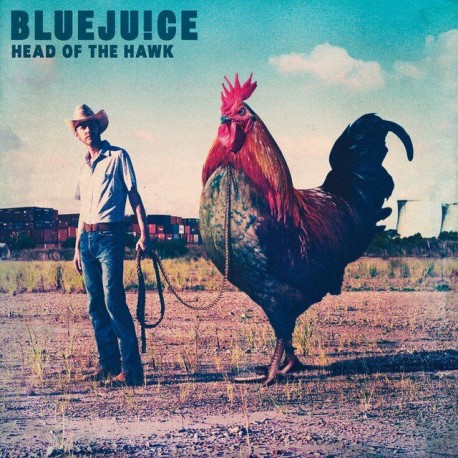 Bluejuice - Head Of The Hawk

An aggressive mix of pop, rock, hip hop, electro and disco, Bluejuice are in their element making you dance in an unselfconscious way. The combination of drums, bass and keys and two harmonizing singers sounds unique, but it's the energy and humour with which the band attack their music that makes them stand out. Latest single 'Broken Leg' sums up the attitude at work - cathartic and silly, emotionally complicated, mental and sweaty. Bluejuice turn entertainment into a contact sport. Brooklyn-based producer/engineer Christopher Shaw worked to translate the band's rough demos into a polished production; his discography a clear indicator of his ability to deal with Bluejuice's tangled references. Chris is most recognized for his work engineering the early Public Enemy records, as well as spending the past decade recording Bob Dylan. In between he has been on the desk for a list of artist that includes Weezer, Super Furry Animals, Ween, Chemical Bros and Dashboard Confessional.

Side A:
Head Of The Hawk
Miss Johnston
Broken Leg
Little Emperor
(Ain't) Telling The Truth

Side B:
Facelift
Medication
Knife Fight
Work
The Devil
We Can Get Around It