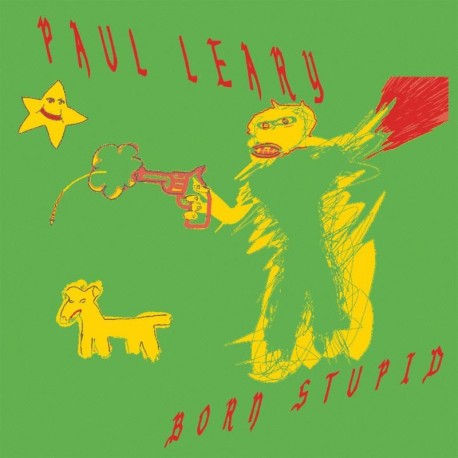 Paul Leary issued his debut solo album The History Of Dogs in 1991. And now, thirty years later he's releasing the follow up Born Stupid. Thirty years may seem like an oddly excessive length of time between albums, but that's apropos, as nearly all the highlights of Leary's legendary career have been odd and excessive. Leary is best known as guitarist/vocalist for the infamous psychedelic noise rock band Butthole Surfers. The Butthole Surfers' aggressively surrealist recordings and live shows have become mythology in the world of underground music. The headline of a 2016 profile in Vice magazine summed this legacy up neatly, stating the 'Butthole Surfers Were the Epitome of Every Hell-Raising Rock 'n' Roll Legend You Ever Heard.'

Side A:
Born Stupid
Do You Like To Eat A Cow
Sugar Is The Gateway Drug
What Are You Donna Do
The Shah Revisited

Side B:
Mohawk Town
Throw Away Freely
Gold Cap
Gary Floyd Revisited
The Adventures Of Pee Pee The Sailor