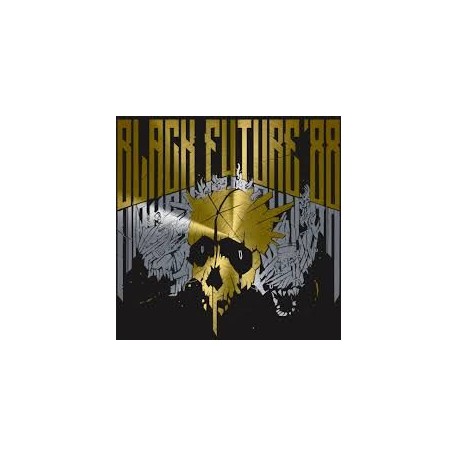 Laced Records, Good Shepherd and SUPERSCARYSNAKES go back to the past's alternative future with this LP release for Black Future '88 slapping soundtrack. The frenetic roguelike sees players shoot their way to the top of a procedurally generated tower to defeat its insane owner - but they only have 18 minutes before their heart explodes! Neon energy rays cut through the nuclear rain and smog that fill the air, while deadly robots block the player's ascent. The game's creator, Don Bellenger, has also crafted a scintillating set of electronica bangers under the alias SKYMELT. Smothered in synths, it's a score that calls to mind a dystopian future as envisaged in an alternative past (Bandcamp album.) Driving four-to-the-floor cuts sit beside slower, skyscraper-sized tracks. This isn't just Cyberpunk. It isn't just Synthwave. It's Synth-Punk. 13 tracks have been specially mastered for vinyl and pressed onto a heavyweight 180g LP in traditional black. Sleeve artwork is by 2D artist Zac Bolubasz (who is also the game's lead artist.) The sleeve has a special metallic gold and silver finish and is printed on Mirri board.

Side A:
Warden Destruct
We Cling To You
Intruder In The Dark
Murdervator
Black Lipstick For Blue Lips
Vanta
Prom Night '88