> Vinyl>Richard Barbieri - Under A Spell 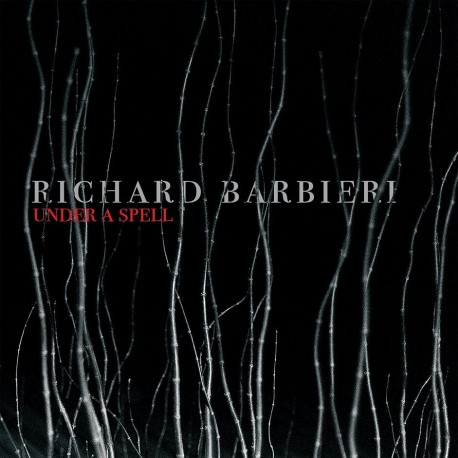 Richard Barbieri - Under A Spell

RICHARD BARBIERI (JAPAN, RAIN TREE CROW, PORCUPINE TREE) RETURNS WITH HIS NEW ALBUM UNDER A SPELL The man whose illustrious career began in the late 70s with synth-pop visionaries Japan and more recently as a member of influential art-rock band Porcupine Tree follows up 2017's Planets + Persona with new album Under A Spell. Planets + Persona was adventurous and bold, showcasing Barbieri's endlessly inventive song writing and mastery of electronic music. Under A Spell picks up where that left off, journeying further into the expansive terrain he had sonically mapped out. When the COVID-19 pandemic hit, everything changed. "I wrote and recorded it in my studio at home, with all this strangeness going on outside," says Barbieri. "It became something completely different: this weird, self-contained dream-state album." On Under A Spell, Barbieri was intent on capturing the atmospheres and moods that his disconnected brain was conjuring rather than slaving over arrangements and melodies. Songs such as 'Flare', 'Serpentine', 'Sleep Will Find You' and its companion piece-of-sorts 'Darkness Will Find You' are sharply defined despite their dream-inspired genesis. The album's title perfectly encapsulates the haunting, evocative world Barbieri has created. Songs such as the skittering, billowing 'Clockwork' and 'Sketch 6's dub-inspired soundscape hang suspended in that strange half-world between sleep and waking - a subconscious reflection of the surreal state the planet has found itself in over recent months. There are voices but no vocals, collaborators include Marillion frontman Steve Hogarth and Swedish singer Lisen Rylander Love (who co-wrote 'A Star Light'). Barbieri's willingness to constantly redefine his own musical boundaries are never more evident than on the brilliant, hypnotic Under A Spell - the latest milestone on this utterly unique journey. This 2LP edition of the album is presented on 140gram black vinyl with a gatefold sleeve.