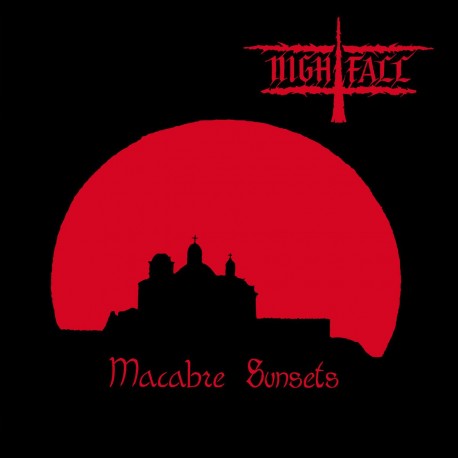 NIGHTFALL is one of Greece's Holy Trinity; the other two are Rotting Christ and Septicflesh. It is the band that first signed an international deal with a foreign label back in the early 90s, officially introducing Greece to the world of international Metal. After a raging decade, the band took a hiatus and switched to a studio act exclusively. Now, with the reissues of early releases and a new album ready to launch, NIGHTFALL have made the decision to revisit music stages and make a comeback as a committed live act. NIGHTFALL will not only release their back catalog, but will also release a brand new album in March 2021. For fans of Septicflesh, Rotting Christ, Samael

Side A:
Odious
Precious / All My Love Is Lost
As Your God Is Failing Once Again
Macabre Sunsets / Love Songs For A Black Soul
Bitterness Leads Me To My Savior Death

Side B:
Mother Of All Gods, Mother Of Mine
Poetry Of Death
Enormous / The Anthem Of Death