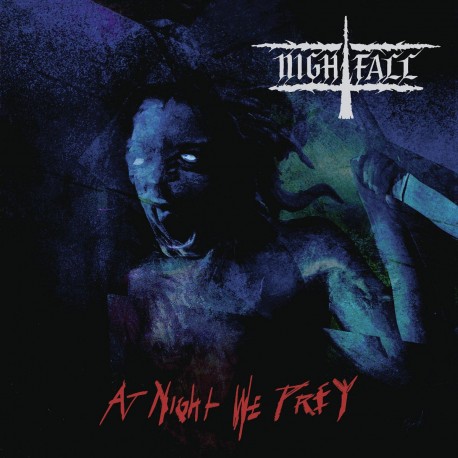 12' vinyl Gatefold colored (Cool Blue). It has been seven long years since the world was last blessed with new music from the melodic blackened death metal stalwarts of NIGHTFALL. While the band has been absent from the scene since the release of 2013's Cassiopeia, their legacy has not been forgotten. Comprising the holy trinity of Greek metal - along with ROTTING CHRIST and SEPTICFLESH - NIGHTFALL was the first extreme act in the country to sign an international deal, introducing the world to the burgeoning Mediterranean scene in the early 90s. Now, the band is plotting a triumphant return with At Night We Prey, the darkest and latest chapter of NIGHTFALL's already storied career. At Night We Prey is a very dark and personal effort, tackling the topic of Karadimas's battle with depression. 'A beast I have experienced its teeth deep into my soul, I decided to come out and share that experience with metalheads,' Karadimas laments. 'This is the least I can offer now to the big fight against depression. If we don't stop this, it will eat us all alive. Share your pain, speak openly about it. This is the only way to kill the demons in your mind.' For fans of Septicflesh, Rotting Christ, Samael.