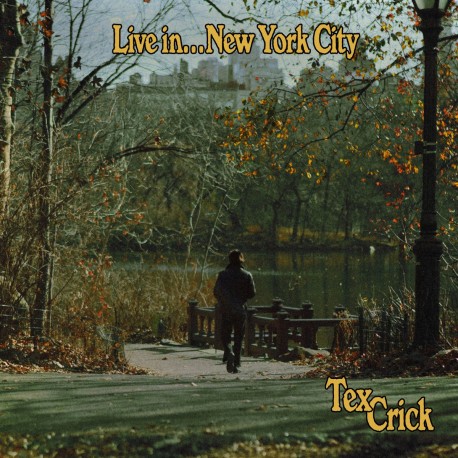 'Live Inâ€¦ New York City' was written & recorded entirely on an 8-track recorder by Crick in his New York City apartment over the span of four-weeks during the winter of 2018. Performing the majority of instruments himself, Crick has delicately created a world of delusion within the walls of his New York City apartment. 'Live Inâ€¦ New York City' was compiled from these original recordings & additional instruments were added thereafter. Early versions of the album were heard by Mac DeMarco who offered to mix the album in his home studio in Los Angeles.

Side A:
Here We Go
Nothing Will Change My Mind
Supernatural
Sometimes I Forget
Peaches & Cream