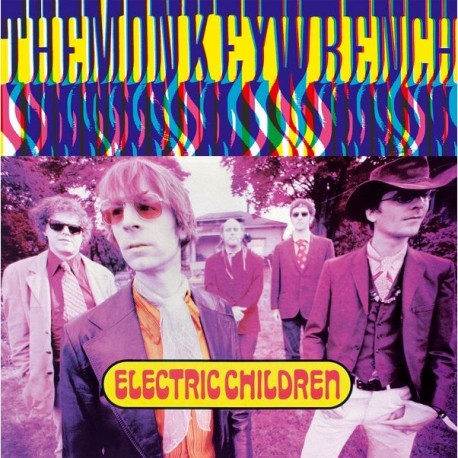 As soon as the opening track of Electric Children begins you realize that the Monkeywrench have gotten much tighter in this their second album, since their debut eight years before. The production also seems more raw, possibly due to the fact that the band has moved from Conrad Uno to veteran Seattle producer Jack Endino, who also engineered the first releases from bassist Steve Turner and vocalist Mark Arm's other band, Mudhoney. Also contributing to the rawness of the record is the absence of Arm's trademark piano and organ. This enhances the energy, causing you to notice a more frantic, electrified side of the band. As on the debut album, Clean as a Broke-Dick Dog, several genres of music are given equal time, including the country of "Thirteen Nights" and "The Empty Place," the rockabilly of "The Weasel's in the Barn," the Eastern modal quality of "Around Again," and the noise rock of the closing number, "In the Days of the Five." The Monkeywrench have grown in their ability to craft a song, and the result is a masterpiece.