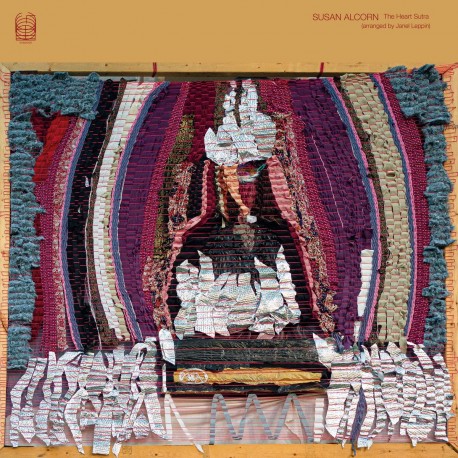 Legendary pedal steel player Susan Alcorn presents her music as curated and arranged by cellist and composer Janel Leppin. This recording is from a live performance from her residency at Issue Project Room in July 2012. Leppin's arrangements and curation emotes the brilliance, transparency and resonance of the pedal steel guitar. Through this ensemble, the mastery of Susan Alcorn's compositions shine. Susan Alcorn has taken the pedal steel guitar far beyond its traditional role in country music. Having first paid her dues in Texas country & western bands, she began to expand the vocabulary of her instrument through her study of 20th century classical music, visionary jazz, and world musics. Struck by the music of Messiaen she began transcribing classical music from recordings and scores on her instrument. Soon, she began to combine the techniques of country-western pedal steel with her own extended techniques to form a personal style influenced by free jazz, avant-garde classical music, Indian ragas, Indigenous traditions, and various folk musics of the world. By the early 1990s her music began to show an influence of the holistic and feminist "deep listening" philosophies of Pauline Oliveros. As her records gained a cult following she moved to Baltimore, MD. She performs internationally and is a key figure in the free improv scene in the US.

Side B:
Suite For Ahl
Twin Beams
The Heart Sutra
Uma's River Song Of Love