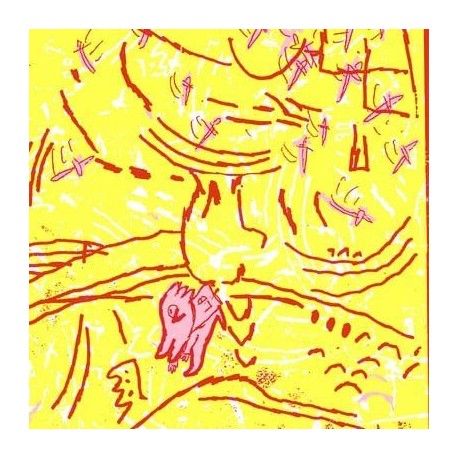 Since their first moment it seems like they've been as electric as their name suggests. Lightning Bolt, their first album, captures that energy in a raw form. Famously lo-fi, this is the album that's been described as most feeling like being at one of their shows. It's difficult to listen and not want to jump with the crowd it feels like must be huddled around the amp producing an incredible wave of noise, astonishingly coming from just two musicians. You can hear the threads of their later work; use of repetition, a sense of grinding and building, noise melting to guitar solos. This album is loud, and the riffs repeated become mesmerizing as they warp slowly thru the songs. Long saught after, this record has not been available new on vinyl since it's first pressing. This edition includes songs which have never before been released on vinyl. A must have for any Lightning Bolt fan, or really anyone who loves noise.

Side A:
Into The Valley
Murk Hike

Side B:
Caught Deep In The Zone
Fleeing The Valley Of Whirling Knives
Mistake

Side D:
Zone Part 2
And Beyond