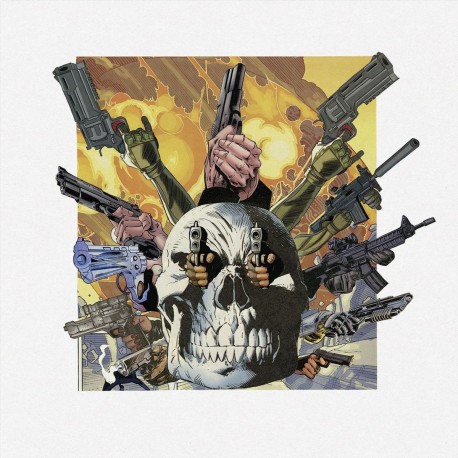 38 Spesh had a big 2018 having dropped albums with Kool G Rap and Benny The Butcher. He had an even bigger 2019 with projects with Flee Lord and Big Ghost Ltd., as well as two solo releases. But 2020 was the year he became a household name, and 2021 will be even more serious with major releases on the way. Basically, he's keeping his foot on the competition's necks 24/7/365. In the past year he has produced full albums for Flee Lord (Loyalty + Trust II), Planet Asia (Trust The Chain), Elcamino (Martyrs Prayer), Che Noir (Juno), Rasheed Chappell (Ways & Means), and Black Geez (Concrete Struggle 2), and introduced his Army of Trust compilation series. However, what fans haven't got in a while is a Spesh solo album. To satisfy this demand The King of Upstate is giving heads a sequel to his 5 Shots EP, which is appropriately titled 6 Shots: Overkill. Like it's predecessor, this offering is produced entirely by Spesh. The lead single from 6 Shots is also a sequel as Eto and 38 reunite for "Flour City 2." Spesh employs a dramatic loop on the song that is ideal for these two Rochester kingpins to black out.