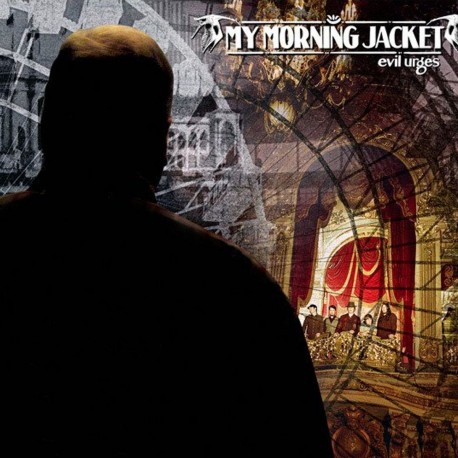 Evil Urges is now available on a beautifully coloured 2-LP set, pressed on cream coloured vinyl with a black blob, and housed in a premium gatefold jacket. My Morning Jacket's Grammy-nominated Evil Urges is the band's most ambitious and controversial album to date.

On their fifth studio album, an emboldened My Morning Jacket created a fiercely uncompromising, highly eclectic, and deeply personal album that catapulted the band into public consciousness and solidified their place as innovators and titans of indie rock.

Side A:
Evil Urges
Touch Me I'm Going To Scream Pt. 1
Highly Suspicious

Side B:
I'm Amazed
Thank You Too!
Sec Walkin
Two Halves

Side C:
Librarian
Look At You
Aluminum Park
Remnants