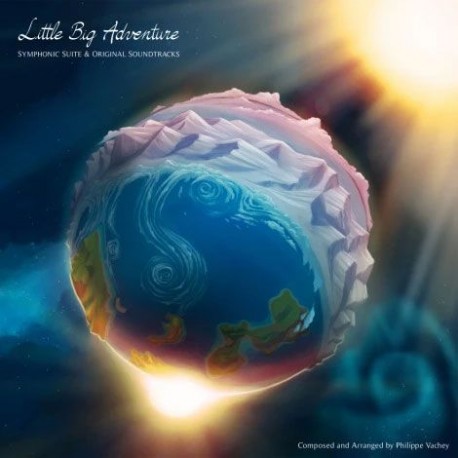 1994-2019. For the 25th anniversary of the Little Big Adventure game series, here come the fully-licensed Symphonic Suite based on the music from these cult games by their composer Philippe Vachey, with the official support of the original team led by Didier Chanfray and Frederick Raynal! This project is, of course, led by the composer himself!

In the mid-nineties, Little Big Adventure (Relentless: Twinsen's Adventure in USA and Asia) revolutionized the video gaming with an innovative system, a captivating storyline and characters that live in everyone's memories. The hero, Twinsen, fights evil in a journey that leads him to discover the secrets of his destiny and to explore fantastic places around the world, and beyond!

It is the symphonic music composed by Philippe Vachey which adorns the two opuses of Little Big Adventure, with an extraordinary orchestration and quality of writing. These two titles are two standouts in the action adventure and fantasy genre. 25 years after the creation of the game, Philippe Vachey finally realizes the project of arranging the music of Little Big Adventure 1 & 2 for an exceptional symphonic suite, in collaboration with the best talents of the symphonic production in Europe!