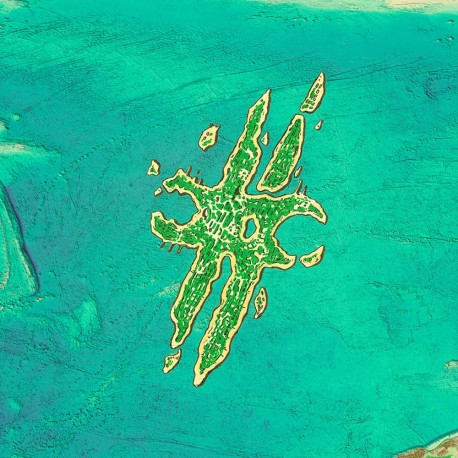 Children Collide's long-awaited fourth studio album has arrived. Their repertoire includes some of the most well-loved Australian singles of the past decade, including triple j hottest 100 entries Farewell Rocketship, Jellylegs and My Eagle.

Recorded by Loren Humphrey at Diamond Mine & Stockholm Syndrome in New York City, both released singles Funeral for a Ghost and Trampoline are emblematic of what to expect from Time Itself - but even then, only to a degree. Much like there was more to The Long Now than Social Currency or more to Theory of Everything than Jellylegs, expect a complex and provocative rock record that explores wider spectrums and multitudes with the kind of fearlessness that put Children Collide on the map to begin with.

There's the snarling, Nirvana-esque Return to Femmes, the fuzzed-out charge of opener Man of the People and the twirling, acid-tinged Trampoline to contend with - the latter of which Mackay proudly describes as "one of my favourite songs I've ever written." The sprawling six-and-a-half-minute wig-out of Mind Spider, too, serves as a strange bedfellow to the bouncy, mosh-ready Uh Oh - and yet, all of them make perfect sense as Children Collide songs.

Side A:
Man of the People
Uh Oh
Trampoline
Aurora
Turrets
Funeral for a Ghost

Side B:
Mind Spider
Myriad Ways
Language is a Prison
Return to Femmes
SPS
Time Itself