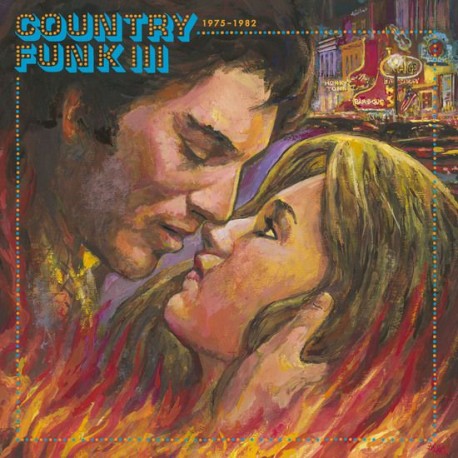 LIGHT IN THE ATTIC - LITA194CLP

*Special 2xLP edition pressed on Clear wax with Red & Blue Swirl and housed in a foil-stamped jacket* With Country Funk Volume III 1975-1982 (LITA 194) we're here to say there's more funk left in the trunk yet. This time around, the jeans are tighter, the hair is bigger and the disco ball spins along to a country-synth beat. Produced and compiled by Jason Morgan (Bay Area DJ/collector) and Patrick McCarthy (co-producer/compiler of Volume I & II), the tracklist features regulars Dolly Parton, J.J. Cale, Larry Jon Wilson and Tony Joe White (whose track is released here for the first time) alongside new faces like Steven Soles, Gary & Sandy, Conway Twitty, Travis Wammack, Billy Swan, Rob Galbraith, Brian Hyland, and so many more. As the 1970s began to wane and the 1980s approached, the Country Funk pallet expanded to include disco beats, heavy Moog synth bass lines and more clavinet than you could shake a stick at. Volume III shows artists continuing to buck traditional country tropes and production while embracing modern soul, disco, and coked-up 80s synth-pop. This is the true soundtrack of the Urban Cowboy. Saddle up, partners.

Side A:
Shake The Duct
Nobody But You
Night Fires
One And Only One
Rhythm And Blues

Side B:
Sure Thing
Oliver Swan
I Got The Fever
Do Me

Side C:
I Betcha Heaven's On A Dirt Road
Gonna Let You Have It
Hale To The Man
Alone At Last

Side D:
Get It Up
Shot From The Saddle
Rich Man
Down To The Station