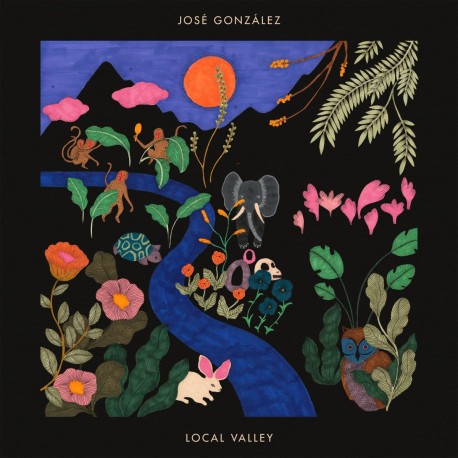 JosÃ© Gonzalez's long-awaited fourth album, Local Valley, finds him - in the words of the first single 'Visions' - "Imagining the worlds that could be / Shaping a mosaic of fates / For all sentient beings."

Few people would - or could - slip such a bold claim into a song so soberly and nimbly, but then again, few people have managed to become quite so celebrated worldwide quite as quietly as JosÃ© Gonzalez has. What a relief it is to be reminded that you don't have to be loud to be heard. Since he first arrived with debut single 'Crosses' back in 2003, both he and his music have remained dependably quiet and unassuming. To underestimate him on account of his modest nature, however, would certainly be regrettable.

Local Valley provides a welcome reminder of his understated appeal and his singular ability to communicate discreetly.

Side A:
El Invento
Visions
The Void
Horizons
Head On
Valle Local