> Vinyl>The Kooks - Inside In / Inside Out (15th Ann Deluxe Ed)
Reduced price! 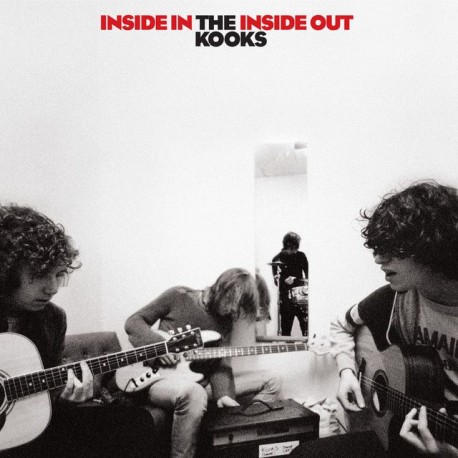 Originally released mid-January 2006, The Kooks debut album Inside In Inside Out, Virgin Records/UMC celebrate it's 15th anniversary in 2021 with a deluxe edition featuring the original album remastered plus thirteen previously unreleased tracks.

A record that fizzes with the exuberance of youth, Inside In, Inside Out is a certified classic of British indie which continues to win new fans as it's remarkable streaming figures prove.

Highlights from the deluxe edition include:

* 4 alternative versions of hits Seaside, Ooh La, She Moves In Her Own Way + NaÃ¯ve taken from the original album recording sessions by producer Tony Hoffer (tracks 1, 2, 9, 12 from disc two)

* Remaster of the original album by John Davis (Metropolis)

Side A:
Seaside
See The World
Sofa Song
Eddie's Gun
Ooh La
You Don't Love Me
She Moves In Her Own Way

Side B:
Matchbox
NaÃ¯ve
I Want You
If Only
Jackie Big Tits
Time Awaits
Got No Love