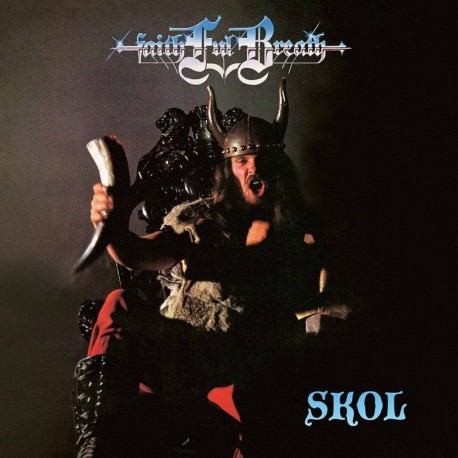 "Gold 'N' Glory" made way for "Skol" in 1985. Also a good record, but maybe not on par with its direct predecessor. Heimi "Heinrich" Mikus explains: "The original plan was for Michael Wagener to once again handle the production of the record. But this proved to be difficult. He had moved to the US and was doing one production after the other. The timing just didn't work. So we recorded the album with Gert Rautenbach at Dierks Studios near Cologne. But we had problems within the band. Our second guitarist Bubi wanted to leave. He had received a tempting offer from another band. He did finish recording "Skol" with us but somehow the chemistry inside the band had gone for good. Thilo Herrmann later replaced Bubi." The title of the record "Skol" neatly tied in with the band's Viking image. Nobody had this kind of image at the time, it was after Heavy Load and way before bands like Amon Amarth. Very unique... "Yes, we did stick with our Viking image," confirms Heimi "Heinrich" Mikus. "We had so many ideas for our stage show. If any other band had used this Viking image at the time, they would have been mere copycats of Faithful Breath."

Side A:
Start It Up
Double Dealer
Lady M
Rock Rebels
We Want You

Side B:
Inside Out
Crazy In Metal
Backstreet Heroes
Skol