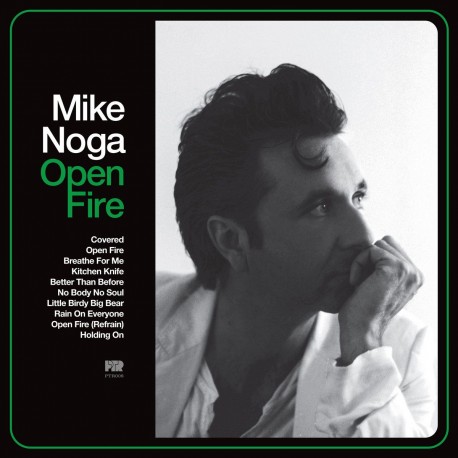 Open Fire was recorded in August 2019 at Sacred Heart Studios in Duluth, Minnesota with Alan Sparhawk (Low) in the producer's seat. Open Fire is an apocalyptic, synth-heavy, rock and roll record and follows on from Noga's critically acclaimed concept album, King. The title track 'Open Fire' is released today.

Mike Noga passed away on 26 August 2020. His death was accidental and attributed to a rare condition that caused a cerebral haemorrhage, a condition exacerbated by bouts of heavy drinking. Mike had a lifelong struggle with anxiety and depression which became particularly difficult in the last three years of his life.

Open Fire was written in Noga's hometown of Hobart. Writing to a friend during the recording process Mike reflected "Sonically and thematically there's a healthy dose of impending doom about the state of the world running through the songsâ€¦I constantly have the Velvet Underground in mind when I'm writing for this album. Pop... but with a weird, dark twist."

Lead single 'Open Fire' is the centrepiece of the album, a big Springsteen-esque rocker. A little bit about revenge, a lot about the impending end of the world.