> Vinyl>Avey Tare - Down There
Reduced price! 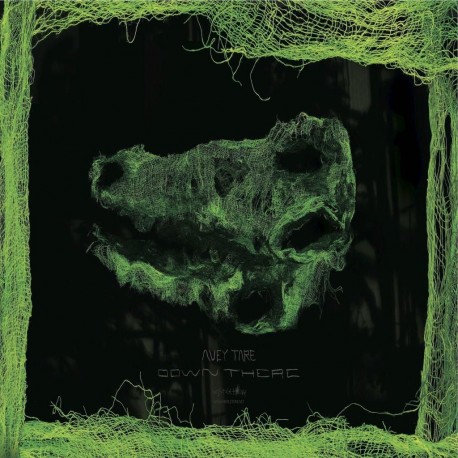 Avey Tare - Down There

'down there' is a world of nine new songs from animal collective's avey tare. his first official solo full length carries you through a murky world of sound, an alien death world of soul grooves that is both honest and otherworldly. wait for sundown and turn it up loud. take a ride on this haunted boat and let yourself be guided through deep sloshy rhythms, waterlogged bass, and moonlit breaks in the canopy that reveal a crisp crystalline pop buzz. down there was recorded in the month of june by old friend josh dibb (deakin) at the good house, an old church in upstate new york, surrounded by the great swamp and visited regularly by monks, white widows, and groan toads. dave portner aka avey tare was born in baltimore county, maryland on april 24th in the year of 1979. he moved to new york city in 1997 where he resides to this day (in south brooklyn). though he spends most of his time writing songs and producing sounds (usually in the group animal collective) he also is an intense record collector, film fanatic, book head, friend, and traveller. it's from these things primarily that mr. portner gets his inspiration, still striving to blend sounds and discover musical territory that seems unfamiliar. his favourite animals are the otter and crocodile. the later has played a big role in his newest record.

Side B:
Ghost Of Books
Cemeteries
Heads Hammock
Heather In Hospital
Lucky 1