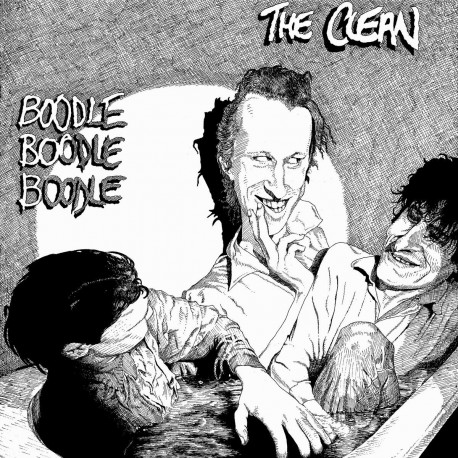 On November 12, Merge will reissue two crucial releases from The Clean's distinguished discography. The "Tally Ho!" b/w "Platypus" 7-inch and the Boodle Boodle Boodle 12-inch EP, the Dunedin trio's first official recordings as a band, both celebrate their 40th anniversary this year. These reissues have been remastered by Tex Houston with assistance from the Alexander Turnbull Library New Zealand, and The Clean's David Kilgour and Robert Scott oversaw the careful re-creation of the original packaging. Merge is thrilled to make these records globally available for the first time since their original release in 1981. Featuring Clean classics like "Anything Could Happen" and "Point That Thing Somewhere Else," Boodle Boodle Boodle arrived two months after the "Tally Ho!" single, peaking at #5 and staying in the NZ Top 20 for nearly six months. Recorded on four-track by The Clean's childhood friends Chris Knox and Doug Hood, its five hugely influential songs provided a roadmap for the "Dunedin sound" that would soon follow. Boodle Boodle Boodle was awarded the Classic Record distinction by New Zealand's Taite Music Prize in 2017. The reissue will be pressed on limited-edition black & white swirl Peak Vinyl and standard black vinyl; exclusive to New Zealand is limited yellow vinyl. All versions will include the 16-page zine that came with the rare original vinyl pressing.