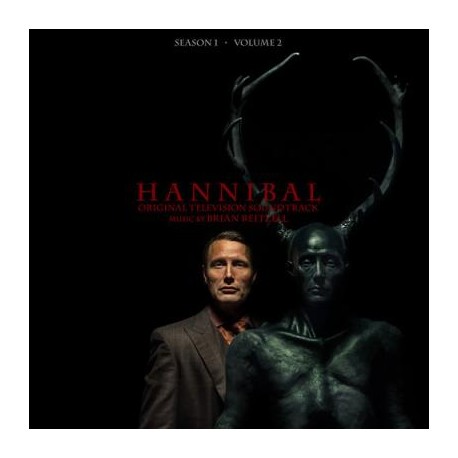 Invada Records are proud to announce the vinyl release of two volumes music from hit NBC television series HANNIBAL by Brian Reitzell. Spread across two double gatefold LPs, each volume available as 140gm and coloured variants. Accompanying the release, director David Slade has provided rare photos from his personal collection for the artwork. Each LP comes with a download card. The music has been sequenced in the chronological order it appears on the show itself, allowing for an essential listening experience as dictated by the music's creator. Over the last decade and a half, multi-instrumentalist, composer and producer Reitzell has created his own unique method of scoring films, drawing equally from his experience as a recording and touring musi- cian with bands such as Redd Kross and Air, and his massive knowledge of recorded music. Brian's past films include THE VIRGIN SUICIDES, LOST IN TRANSLATION (for which he received a BAFTA award nomination), CQ, FRIDAY NIGHT LIGHTS, STRANGER THAN FICTION, THUMBSUCK- ER, MARIE ANTOINETTE, THE BROTHERS BLOOM, 30 DAYS OF NIGHT, BEGINNERS, and RED RIDING HOOD. His video game credits include his critically acclaimed score for THQ's RED FACTION: ARMAGEDDON and the upcoming WATCH DOGS for Ubisoft.

Tracklisting:
Side A:
Fromage
Trou Normand

Side B:
Buffet Froid
Roti