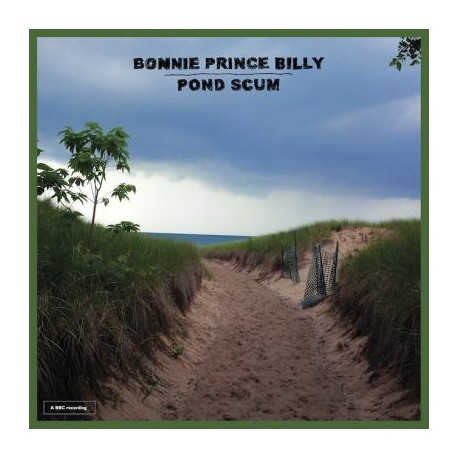 There are no Peel sessions anymore - that tradition was buried in the pyramids with John Peel himself upon the great man's passing. Of the thousands left in the wake, six are ascribed to Bonnie 'Prince' Billy - and of those six, three have been combined to form the deeply congruous experience of Pond Scum. A span of eight years is covered, in reverse, and many chestnuts are rolled out, freed of former contexts with sparse arrangements. "(I Was Drunk at the) Pulpit" feels, ten years from inception, more vividly worn; "Death to Everyone" is loosed from its frame, the bones decoupled and spread out, giving the song a reflective air (as opposed the biting declamation of the original); "Arise, Therefore" adapts its metronomic base, the evangelic twist of its roots made palpable. With the center of the performance in stark relief, the gnomic qualities of two "Get On Jolly" pieces are intensified. Further accenting the devoted spirit of this collection is the inclusion of "When Thy Song Flows Through Me," from the writings of Paramahansa Yogananda, as well as the previously-unreleased original "Beezle." Bonnie's lone shadow casts over this lot, accompanied on the first four tracks by David Heumann, but otherwise playing solo through a set of original songs (and two covers) representing a decade of progress in the almost unbearably intimate-yet-unknowable manner that was so often the vibe of those strange and wondrous days. Peeling backwards through time produces a curious hypnosis that we may not have felt for some while (we don't actually recall) and may not feel again (who knows?) - until we skim another essence-laden dipper-ful of Pond Scum.

Tracklisting:
(I Was Drunk At The) Pulpit
Death To Everyone
Arise, Therefore
Jolly Five (64)
Beezle
Jolly One (2/15)
When Thy Song Flows Through Me
The Houseboat (O How I Enjoy The Light)
Trudy Dies
The Cross
Stable Will
The Idol On The Bar