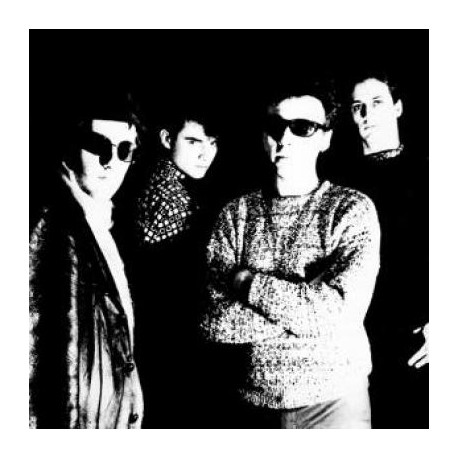 Originally released by Illuminated Records, the Television Personalities' 1984 album The Painted Word is a near-perfect collection of jangly, riffing guitars, organ chords, freaky tambourines and Velvet Underground-like drumming. Every song on this dark, hauntingly beautiful masterpiece is a gem in the rough. It's easy to hear similarities to Swell Maps, The Only Ones and The Modern Lovers in the group's unique style that draws from both DIY punk and post-punk psychedelia. Is Dan Treacy one of England's last great songwriters? With even more Britishness than Ray Davies, this wounded romantic's lyrics are both detached and resonant. The Painted Word is a stark, heartfelt album made by a vulnerable and damaged genius backed by an amateurish band offering loads of brilliantly adapted pop-art weirdness. "The Painted Word, alongside Big Star's Sister Lovers and any one of Nick Drake's LPs, is one of the best emotionally introspective records I've ever heard. Dan Treacy's songs tear me apart. This is their finest moment. Both the humour and tragedy of the songs are beautiful." -Alan McGee "This harrowing and emotionally raw record brings together the band's strengths in one cohesive work. The band is in top form, with a constant mood of bleak, echoing psychedelia." -Head Heritage

Tracklisting:
Stop And Smell The Roses
The Painted Word
A Life Of Her Own
Bright Sunny Smiles
Mentioned In Despatches
A Sense Of Belonging
Say You Won't Cry
Someone To Share My Life With
You'll Have To Scream Louder
Happy All The Time
The Girl Who Had Everything
Paradise Estate
Back To Vietnam