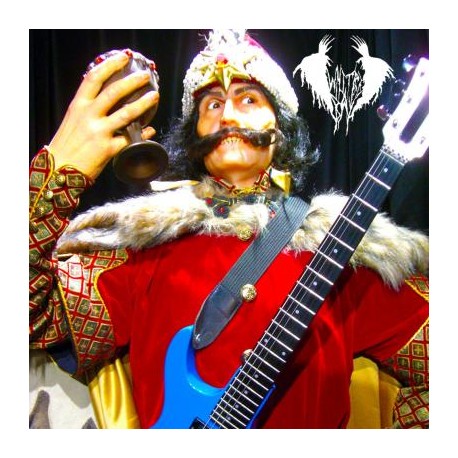 Whitby Bay are the malevolent fog surrounding Dracula's coffin on its arrival at the Yorkshire harbour whose name they bear. Bram Stoker's Whitby is haunted by myths of a white lady who lurks in the ruined abbey and the ghosts of sailors lost to the sea. Today, middle-aged goths feed seagulls greasy chips on the harbour promenade. The sound of Whitby Bay renders the impossible co-existence of these worlds. They care nothing for subcultural or literary purism. They are Evil and loud as fuck. Crossing the rabid intensity
of early Ulver and Ildjarn with the guitar scree of Harry Pussy and Black Dice. Black metal riffs violently accelerate out of control and crash onto the rotting Victorian pier with the force of Cthulhu itself. Lightning speed technical guitar lines drown in swarming fuzz particles as the ferocious assault of battering percussion releases the bats.
The three piece recently worked with Weasel Walter (The Flying Luttenbachers, Coachwhips) to commit to blue wax the gristle and blood- clotted sound they have crafted onstage. "Unextinguishable Candle" is the battle cry of the crazed Dane warriors as they pierced the eyes and cut the tongues from the throats of Whitby Abby monks. Flipside "Black Cape" hisses with the miasma of death encroaching on us all.