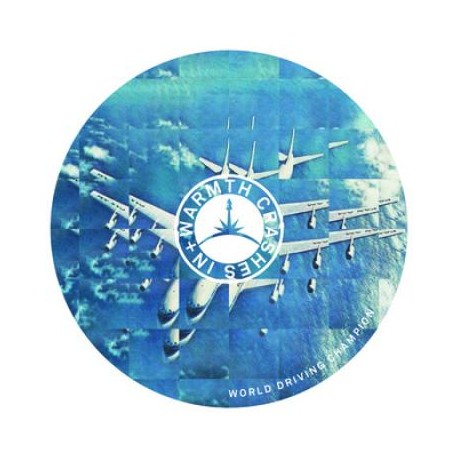 Rory Lampitt (Guitars/Vocals/Synth) Erin Taylor (Drums/Samples) were two shoegaze kids thrust into the pounding bass of Berlin's club scene, and in the dying breath of that hazy summer they formed Warmth Crashes In. Forging the epic beauty of Spiritualized with the grooves of The Chemical Brothers, they left with the city with a recording and a mission.

On their return to Melbourne they recruited Dan Myles (bass), then got straight on stage for a successful residency at The Tote. Together they developed a sound "-like My Bloody Valentine covering the Top Gun soundtrack" (ToneDeaf) , and over the year they've played with some of Melbourne's best local acts including New Gods, Nicholas Allbrook (Pond) and Flyying Colours.

Recently, Warmth Crashes In have recorded their debut EP ,'World Driving Champion', with renowned producer Anna Laverty (Cut Copy, Nick Cave and the Bad Seeds). Due for release in November, this twenty first century power trio are worth getting excited about.

Tracklisting:
1.Turbo Morris
2.Leave it All Behind
3.Run
4.Take the Edge Off