> Vinyl>Federation X - The Only Fool Is You 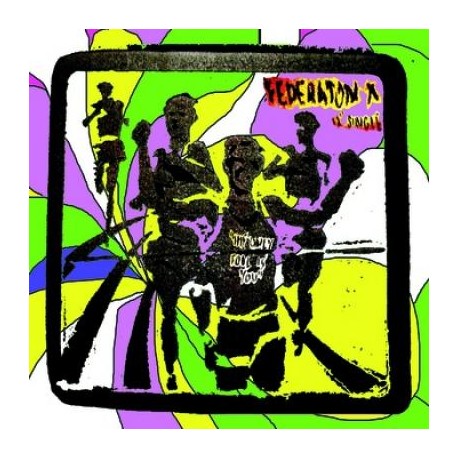 Federation X - The Only Fool Is You

This 7 inch single is comprised of two songs written and recorded in 2007.

It was released in October 2012... what a bunch of lamos. Josh Holland of Dog Shredder and Hydro de Hero plays guitar on the recording.

It is a joint release between the Southern Californian Label Recess Records and the Australian Label "We Empty Rooms".

The Album was originally intended to be a 12" single but because of shipping costs to Australia it was changed to a 7" single... but the artwork stayed the same, proclaiming proudly that it was a 12" single.

We didn't have the heart to tell it... and it seemed in keeping with the misspelling of the band name, which was intentional... since we thought it would be funny, but actually isn't turns out.

Tracklisting:
The Only Fool Is You
Chinese Food and Vietnam: A Recipe For Conflict