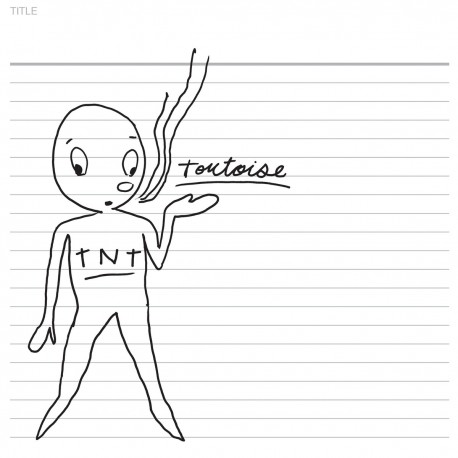 Tortoise's third full-length release, TNT, was written and recorded during a 10-month interval in 1997. This longer-than-usual writing/production schedule was purposefully undertaken by the group in the hopes of crafting an expansive, diverse, yet thematically coherent offering. Clocking in at 65 minutes, TNT builds upon the spare, instrumental framework of the group's first, self-titled album, and the extended edits, melodic adventures, and klangfarben of the subsequent full-length release, Millions Now Living Will Never Die. Further to this, Tortoise's interest in the possibilities offered by the remixing of tracks was realized within the actual production of TNT; individual elements, sections, or sometimes whole compositions mutate within the album's shifting framework. These techniques were suitably realized thanks in part to the use of non-linear digital recording and editing methods, the first example of such work for the group. In addition, many of the arrangements push the group's standard instrumentation into new territories with the inclusion of strings, woodwinds, and brass. The permanent addition of guitarist Jeff Parker (New Horizons ensemble, Chicago Underground Orchestra, Isotope 217) to the group's lineup should be noted; his unique contributions can be felt throughout the album.

Tortoise's long-standing interest in electronic and computer music is revealed during the unbroken suite of tracks beginning with "In Sarah, Mencken, Christ, and Beethoven There Were Women And Men," and ending with "Jetty." Yet TNT remains very much a record produced by a group of musicians who enjoy presenting their material in a live context. To this end, the axis of drums-basses-guitars-keyb oards-mallets-percussion continues to provide both the backdrop and the inspiration for points of departure in style and sound.