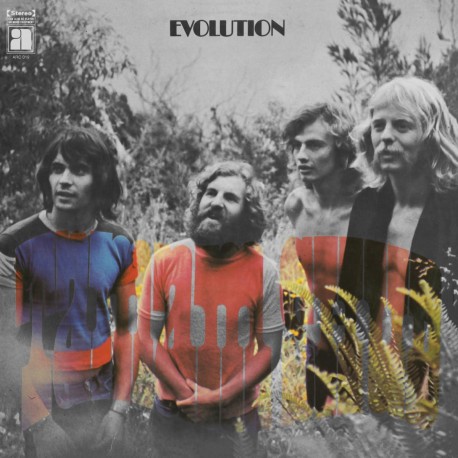 Evolution is the name of an album and a surf film, both entwined by the very nature of the material and the musical group involved, Tamam Shud.

Led by Lindsay Bjerre, the quartet of surfers-turned-musicians (or the other way around) were significant purveyors of the underground progressive music movement in Australia circa 1968 - 1972.

Though never chart contenders, Tamam Shud were prolific live performers and their contributions to some of the most adventurous surf films of the era pushed them to the forefront of Australia's underground music scene.

For a group recently reborn - changing their name from The Sunsets - Paul Witzig's latest surf film was the idea vehicle to begin their recording career. In their previous life, The Sunsets had contributed soundtracks to Witzig's innovative genre films A Life In The Sun and The Hot Generation.

Side B:
It's A Beautiful Day
Jesus Guide Me
Rock On Top
Slow One And The Fast One
Too Many Life