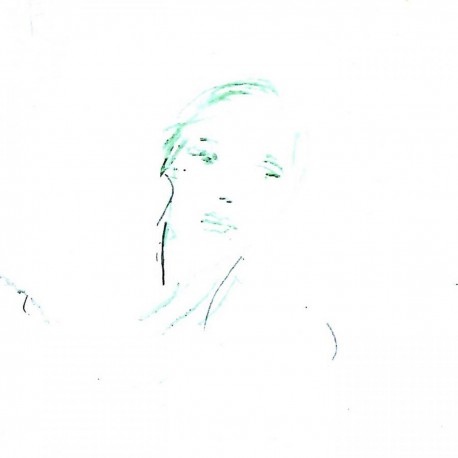 Loren Connors - The Departing Of A Dream, Vol. VI

Just months after reviving The Departing of a Dream series from a ten-year hiatus -- Loren Connors issues another movement of saturated guitar tones, dissonance and impermanence.

Volume Six begins with the percussive sound of struck, muted strings -- an unusually rhythmic effect for one of Connors solo recordings, writes Kurt Gottschalk in The Wire. But from there, Connors' guitar notes morph into gentle wisps of guitar sounds -- or as Connors himself describes: "just like the wind scattering the notes around."

The mini-album is presented as a 10-inch record with artwork by Connors -- a faint, subtle outline of a woman's face. One-time edition of 500 copies, includes download coupon.