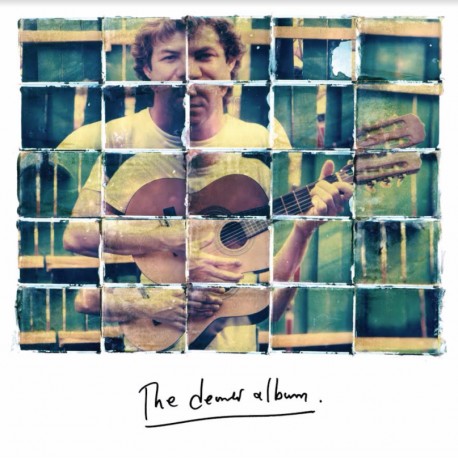 Debut solo album by Dean Ween. Dean Ween brings his love of classic guitar rock to 14 original compositions (including four instrumentals) that echo everything from classic rock to cracked country to the quirky mix of soul, funk, metal and punk that defined Ween. "My tastes are very mainstream; I love Jimi Hendrix and Santana and Zeppelin, but my ears are always open," The Deaner says. "P-Funk, they're right up there with the Beatles. That's what my influences were - that and punk rock - and I wanted all that in this album." The Deaner Album found Dean moving to a more ensemble approach to recording, as he enlisted the services of current bandmates as well as old friends including the Meat Puppets' Curt Kirkwood, legendary punk drummer Chuck Treece, and Parliament-Funkadelic guitarists Mike "Kidd Funkadelic" Hampton, Scott Rednor, and Bill Fowler among others. "If I woke up in the middle of the night with an idea, I'd call a session and have the whole band come in and learn the song and play it together," The Deaner says. "That was really different for me. I could actually show some patience and not just half-ass it. If I needed a drummer, I'd get the best drummer I could to play that particular song. " The Dean Ween Group includes touring Ween members Claude Coleman Jr., Dave Dreiwitz, and Glenn McClelland as well as Bill Fowler who will be playing live in Europe in support of the album.

Side B:
Shwartze Pete
I'll Take It (And Break It)
Garry
You Were There