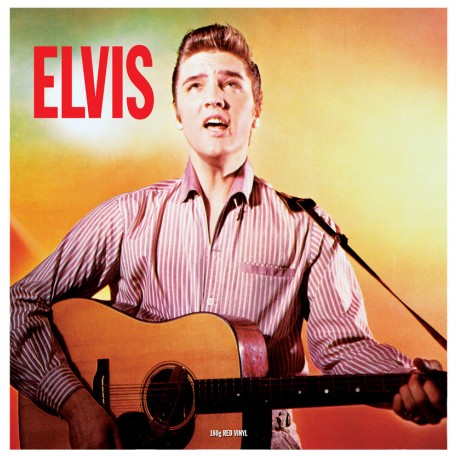 Elvis, the record, was released in October 1956 and remained at US No.1 for five weeks. For Elvis, the man, an incredible year was drawing to a close: he made his first album; saw his records become available all over Europe; made his television debut; appeared in his first film; and celebrated his first US No.1 single. It seemed inconceivable that things could get any better, or that the fan fever could grow even more hysterical. But with the release of this, his second record, Elvis had proved beyond doubt that he was here to stay. And this was just the beginningâ€¦

Tracklisting:
Side A:
Rip It Up
Love Me
When My Blue Moon Turns To Gold Again
Long Tall Sally
First In Line
Paralyzed

Side B:
So Glad You're Mine
Old Shep
Ready Teddy
Anyplace Is Paradise
How's The World Treating You
How Do You Think I Feel