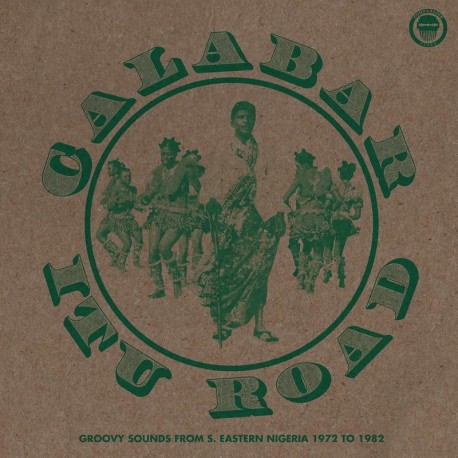 When most people think about Nigerian music, the first thing that comes to mind is Lagos-the country's main commercial center, the glittering megacity that spawned Yoruba-speaking music luminaries such as Fela Kuti, King Sunny Ade, Sir Shina Peters and Wizkid. But Nigeria is a country of rich diversity, especially in its music: From the Igbo highlife and rock bands of east-central region, to the deep Edo roots rhythms from the midwest, to the keening, ornamented Fulani melodies of the north.

But one region whose music has remained largely underexplored is the south eastern land of the Efik and Ibibio ethnic groups in Cross River and Akwa Ibom State-the region colloquially referred to as "Calabar." A cradle of culture, this region was one of the earliest outposts of Nigerian popular music.

Its primordial rhythms traveled across the Atlantic during the slave trade to provide the part of the foundation for Afro-Cuban grooves that would go on to influence the development of jazz, rock & roll, R&B and funk.

With the new Calabar-Itu Road compilation, Comb & Razor Sound presents15 heavy tracks recorded in the decade between 1972 and 1982, spotlighting rare music from "Calabar" superstars such as Etubom Rex Williams, Cross River Nationale, Charles "Effi" Duke, The Doves and Mary Afi Usuah. The package features a magazine-style booklet containing a wealth of information about the milieu with rare photographs and illustrations.

The Calabar-Itu Road is the major artery linking modern-day Cross River and Akwa Ibom States. And Calabar-Itu Road: Groovy Sounds from South Eastern Nigeria (1972-1982) will link the region's music to the rest of the world!