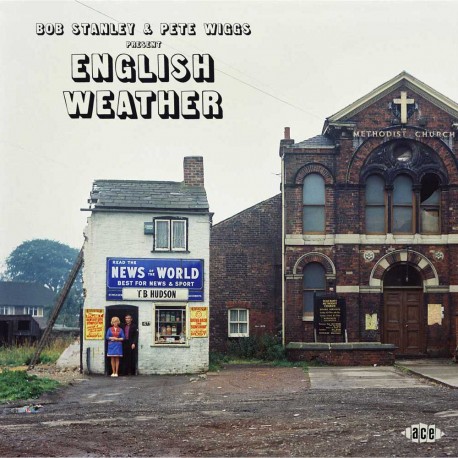 The latest project from two-thirds of Saint Etienne is a compact disc and deluxe double LP of English music that represented the transition from psychedelia to prog as the 60s moved into the 70s. Most of it is not an easy listen, but it's always interesting, melodic, melancholy, with jazz and folk touches.
While America may have licked its wounds at the turn of the seventies by turning to singer-songwriters, purveyors of homilies like "teach your children well", Britain wasn't so ready to give up the trappings of psychedelia. And while the UK counterculture may have shed its "faith in something bigger", it wasn't about to chuck out the mellotron.
This is how the day after the sixties felt: damp, fuzzy-headed, neither optimistic nor pessimistic but more than a little lost. British bands would mirror the ennui of the new decade with a new kind of music.
Lavishly put together, with two of Peter Mitchell's iconic photographs of 1970's Leeds.

Side B:
Last Cloud Home - The Orange Bicycle
JLT - T2
Til The Christ Come Back - Bill Fay
Refugees - Van Der Graaf Generator
Very Nice Of You To Call - Aardvark