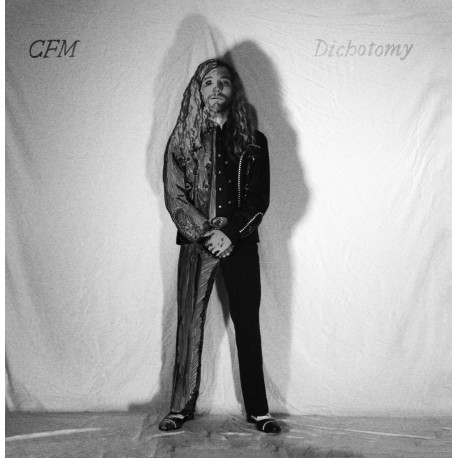 The Laguna Beach-raised Moothart first picked up a guitar at 12 years old and got behind the drum kit for the Moonhearts at the age of 16 with fellow Cali six-string ripper Mikal Cronin. Since then, the 27-year-old journeyman has become a fixture in the West Coast community: he's logged oodles of studio and stage time with Cronin and Ty Segall-both on his solo albums and as part of the ultra-heavy supergroup Fuzz, the latter experience driving him to make music on his own.

He struck out on his own with 2016's solo debut, Still Life of Citrus and Slime; a year later, he's back with this, which marks the first time Moothart's written songs for the specific purpose of compiling them onto an album. This album embraces relative quiet alongside hard-charging riffs and bursts of incendiary color- there's plenty of face-exploding moments on Dichotomy Desaturated as well, a sense of mischief that is nonetheless serious as all hell. Just listen to the record- the choice is obvious.

Tracklisting:
Side A:
Dichotomy
Pinch The Dream
Lethal Look
Rise And Fall
Saline / The Man / Kind To You

Side B:
Voyeurs
The Set Up
Desaturated
Dead Weight
Message From The Mirror