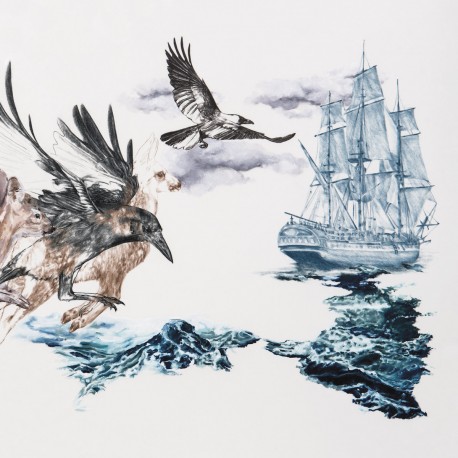 Do Make Say Think has been widely celebrated as one of the preeminent instrumental rock bands of the 90s-00s. Stubborn Persistent Illusions is the group's first album in eight years - and a brilliant addition to one of the most consistently inventive and critically praised discographies in the 'post-rock' canon. The band has been acclaimed as "the supernova in Constellation's stellar networkâ€¦arguably the finest back catalogue of any currently operating instrumental rock band" (Drowned In Sound), creating "some of the most honest, unpretentious, group-oriented rock of their time" (Popmatters). Among the band's strengths is an ineffable naturalism that avoids anything too woolly, proggy, purist or clichÃ©d, while remaining a fundamentally guitar-driven group whose ornate four- and six-string interplay uniquely balances rockism, pastoralism, and electronic-influenced post-production. Stubborn Persistent Illusions is at once familiar and as fresh as anything DMST has committed to tape; produced and mixed as always by the band itself - a continuing affirmation of the group's DIY ethos and their singular self-production acumen and aesthetic. Do Make Say Think enter their third decade with a new album that reaffirms their promise of genuinely expressive, narrative and restorative instrumental rock music - an one that will surely rank among their best.

Tracklisting:
War on Torpor
Horripilation
A Murder of Thoughts
Bound
And Boundless
Her Eyes on the Horizon
As Far as the Eye Can See
Shlomo's Son
Return, Return Again