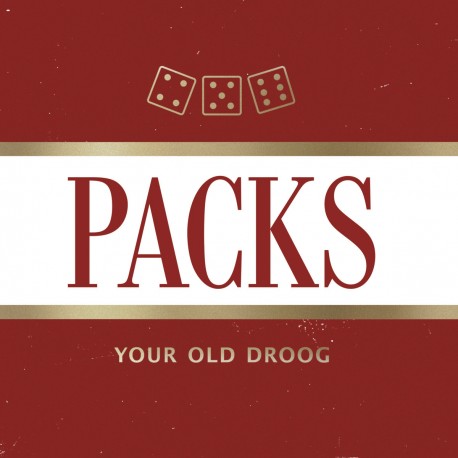 After seemingly coming out of nowhere, Your Old set the internet aflame in 2014 with his self-titled debut EP, catching the attention of bloggers all over the web from New York Magazine's Vulture to NahRight.com. Before long, conspiracy theories started and people began to posit that Droog was another older, legendary New York rapper in disguise. Profiled in The New Yorker, Droog (meaning "friend" in Russian) set the record straight about who he was: a twenty-something Ukrainian immigrant who fell in love with hip-hop when he arrived in South Brooklyn as a small child. The timbre of his voice resembled that of a hip-hop legend but Droog's content had more to it than street dreams or observations from a project window. His music reflected his own unique life experience as he referenced everything from sports, to crime, to Seinfeld and C-Span in his rhymes.

Side B:
Help Feat. Wiki And Edan
Jeselnik Skit 3 Feat. Anthony Jeselnik
You Can Do It! (Give Up)
Rapman
My Girl Is A Boy
Winston Red