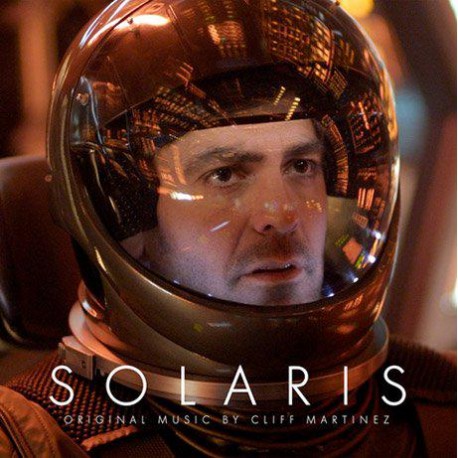 Cosmic Coloured Vinyl LP variant, housed in a 425g heavyweight sleeve with double sided printed inner. "Solaris. It is one of the few soundtracks of mine that I can still stand to listen to. I also think it was a score that made the greatest contribution to the film for which it was written." Cliff Martinez. Hailed as one of the most influential modern soundtracks, this is a hugely important project for Invada, and we are proud to be continuing our relationship with Cliff Martinez after releasing the 'Drive' soundtrack in 2011. This is the original soundtrack to the acclaimed 20th Century Fox motion picture 'Solaris', released in 2002, directed by Steven Soderbergh and starring George Clooney. Soderbergh says on Martinez's pivotal role and his score, "I relied on it not only to unify the film emotionally, but to import actual narrative information."

Described by BBC Music as "A brooding slow, meditative work" and a musical journey that "leaves the listener floating free" by Soundtrack.net, 'Solaris' is a thoughtful, evocative and highly seductive score that still fully resonates with the listener more than 15 years after it was first released.

Tracklisting:
Side A:
Is That What Everybody Wants
First Sleep
Can I Sit Next To You?
Will She Come Back
Death Shall Have No Domination
Maybe You're My Puppet
Don't Blow It

Side B:
Hi Energy Proton Accelerator
Wear Your Seat Belt
Wormhole
We Don't Have To Think Like That Anymore