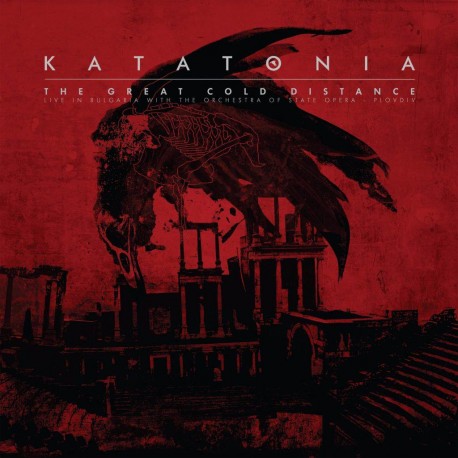 Hailed as one of the leaders of the death-doom genre alongside My Dying Bride and Paradise Lost, Sweden's Katatonia have spent 25 years constantly evolving into the much-loved purveyor of dark progressive rock/metal they are today. 2016 marks not only the band's 25th anniversary, but also 10 years since the release of their highly regarded Peaceville album 'The Great Cold Distance'.

Founding guitarist Anders Nystrom comments: "Looking back at our set lists from a historic perspective, it dawned on us that there's been no other album from which we've played more songs than 'The Great Cold Distance', so in the light of its 10th anniversary, it's with much pride and joy that we announce the new edition."

This live album features Katatonia playing the "Great Cold Distance" album in its entirety with the renowned Plovdiv Philharmonic Orchestra in Bulgaria (recorded September 2016) and is now available on 180g heavyweight audiophile vinyl.

Side B:
My Twin (Live)
Consternation (Live)
Follower (Live)

Side D:
In The White (Live)
The Itch (Live)
Journey Through Pressure (Live)